Shizuoka, located in the center of Japan, is an ideal tea growing region with an average annual temperature of 60°F (15°C). With the exception of the northern mountainous region, the prefecture has a mild maritime climate and snow is rare on the plains. Teas from the prefecture will vary in taste based upon the season of the year, elevation, and method of steaming the leaves. The Art of Sencha, also referred to as ‘The Art of Steeped Tea,’ was introduced into Japan in the second half of the seventeenth century. Most of the people responsible for this were refugees, monks, and intellectuals from China, who fled their country after the fall of the Ming dynasty in 1644. Tea scholars have stated that Sencha, as a tradition of drinking tea, has contributed highly to the development of the aesthetic sensibilities of the Japanese, similar to ‘Chanoyu’ or the ‘Powdered Tea Ceremony.’

Only 1 left in stock

Delivery is available to addresses within the city limits of McMinnville, Amity, Carlton, Dayton, Lafayette and Yamhill. More information.

What would you like to order today?
Check out some recent posts! 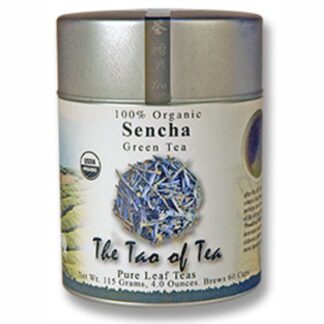